Forest Sun’s indomitable spirit shines in Stubborn Breathing Heart. This prolific artist once again creates a soulful and heartfelt album with a real and accessible understanding of the complexity of being human.

As a positive force of creation, Forest Sun is aptly named. He possesses radiant energy like rays of sunlight streaming through leaves. His solid and comforting manner and genuine nature come through in everything he does, from creating to communicating in even the briefest correspondence. He is one of the most personable persons with whom I’ve ever had the privilege of working.

Forest produces stunning and bold visual art, as well as music. His original paintings and prints have been in exhibitions in Spain and in California at the Sebastopol Center for the Arts and the Marin Museum of Contemporary Art. His work is fearless and inspiring. It’s been a while since I felt that overwhelming need to raid my art closet for a canvas and some paints. I feel the raw and unbridled energy from Forest’s work. He uses every color in his palette to powerful effect. 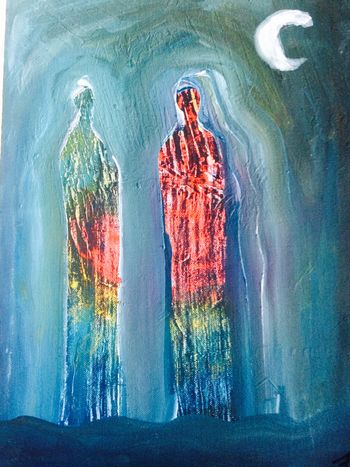 In 2020, Forest has released a new song every month. These monthly songs culminate in his tenth and newest album, Stubborn Breathing Heart, available in three short weeks on New Year’s Day, 2021. This album is well worth your time and attention.

From gospel to reggae, Forest takes a variety of styles and sounds, mashes them together, and makes a blend that is entirely his own. With his easy style and relaxed pacing, he cultivates a peaceful calm through his music, from which a measure of tranquility emerges. The pure, soulful poetry reveals his profound insight into the workings of the human heart.

This prolific artist once again creates a soulful and heartfelt album with a real and accessible understanding of the complexity of being human.

So many of his sentiments resonate with me.
From:
I was born too old
A poet’s heart is never locked ~ “We Are Already Home”
To:
All the love that you let go
And all the love you made
Make a difference in my world ~ “Help Me Find My Way”

Stubborn Breathing Heart opens with the upbeat and positive “Keep on Rolling.” It’s a feel-good song, a hopeful and literal message to the people of the world that even when things aren’t perfect, keep on rolling, roll into a better day.

I believe the sun
Still shines behind the clouds

Just Because You Want It

I like the laid-back sound of this song juxtaposed with its thoughtful lyrics. They should remind us to look at what’s really important, what’s truly worth our time and effort, and ultimately what it means to have something. 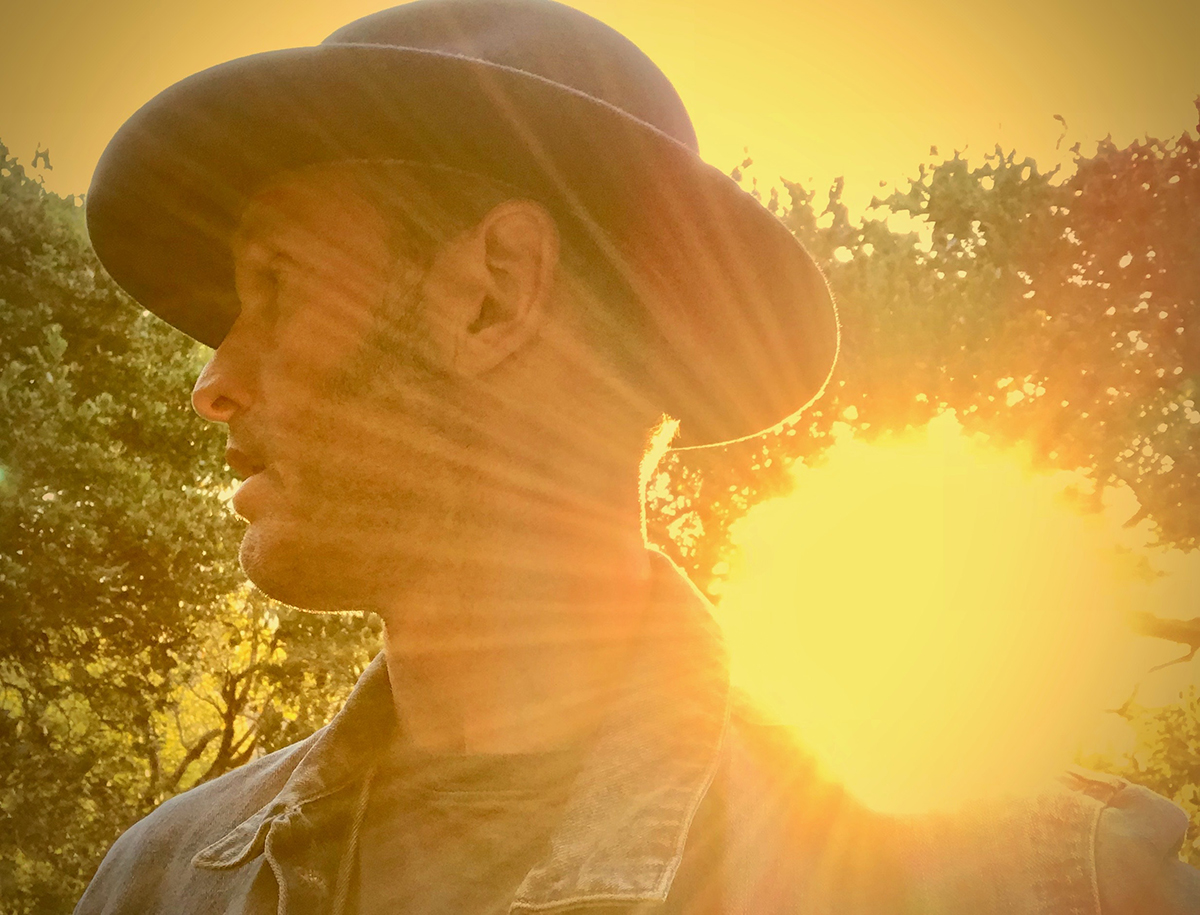 This is an apt title for the song, and indeed for the entire album. Perhaps one could make an argument for life itself … A melancholy tribute to being human, to feeling eternally as we do with our hearts that are often so mysterious. I think these three specific words—stubborn, breathing, heart—together capture us perfectly.

A melancholy tribute to being human, to feeling eternally as we do with our hearts that are often so mysterious.

Our hearts refuse to give up, they continue breathing, beating, loving, seemingly without rhyme or reason, when so many times it feels like it would be easier if they would just give in and stop. But they don’t. The pain—and resiliency—of our hearts is what being human is all about.

A happy and fun turn. A love song that just makes me feel good and smile with it’s delightful instrumentation and joyful lyrics.

Something you’ve got, babe
Makes everything alright …
I say my my oh oh
I love you so

We empathize with this caring rambler who washes the dishes before he leaves.

The sincere and sparse language of “This Old Heart” brings this character in this singular encounter to life. We empathize with this individual, not a heartless rogue, but rather a caring rambler who washes the dishes before he leaves.

This old heart is bound to ramble
Never holding still, never slowing down
And I’d be a fool to take the gamble
Of loving you this time around

One of my favorites and among a number of Forest’s songs that caution us to examine closely our paths and desires. This one does so eloquently and concisely.

Paper bridges
You will learn
Easy to fold
Easier to burn

I take a gentle approach to albums I am reviewing. I let them introduce themselves by first playing in the background as I wash dishes. Invariably there comes that moment when something makes me stop and lift my head and think, “Wow.” This was the first of Forest’s compositions to capture my attention with the resounding:

A powerful song I want all the world to hear and take to heart. True and brilliant, these perfect lyrics encompass what it takes to overcome adversity, no matter its form—indeed what it takes to live.

On My Way to You

Forest gave me leave to share my choice of songs from Stubborn Breathing Heart, and I must say that is not an easy decision to make. How to choose only one from among all in their brilliance? Although, conversely, that means I can’t make a wrong decision, and there is some comfort in that. So I choose to share the final song because of its beautiful poetry and because I could not capture in words the feeling evoked by it.

On My Way to You

Forest Sun was born in upstate New York to folk-singing back-to-the-land hippie parents. His dad used to chop wood with neighbor Garth Hudson of The Band and literally built the floor that Bob Dylan stood on at manager Albert Grossman’s Bearsville studios in Woodstock, New York. His mom heard Pete Seeger and Joan Baez play in her uncle’s living room in Boston and dated one of the Chambers Brothers before she met his dad.

Forest wrote songs with Rory Block when he was six years old, learned to juggle with Wavy Gravy when he was nine, and studied drumming with the late African master percussionist Babatunde Olatunji as a teenager. In college he played in a band with SNL star Maya Rudolph. They opened for No Doubt at the Catalyst in Santa Cruz before Forest left to study art in Spain. His original paintings and prints have been in exhibitions at The Sebastopol Center for The Arts and the Marin Museum of Contemporary Art.

A pioneer of the DIY movement, Forest recorded his first record in his bedroom in San Francisco with bassist Seth Ford Young (Tom Waits, Edward Sharpe) and toured Europe for the first time, including playing at the Rally on Dam Square in Amsterdam for the Tibetan Freedom Concert.

With over 68 million plays on Pandora, troubadour and award-winning songwriter, Forest Sun, enlivens audiences around the globe with his wealth of songs and stories, all sung and told in a laid-back California style.

To learn more about Forest and to buy stuff, visit https://www.forestsun.com/

Join Forest on Patreon at https://www.patreon.com/forestsun 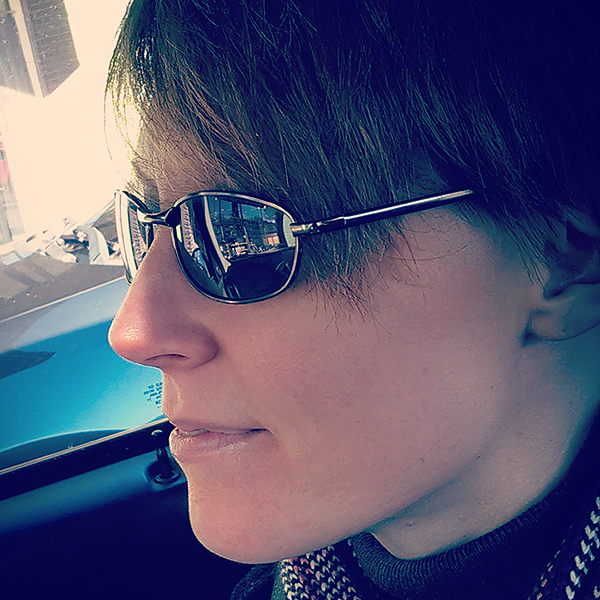 Co-founder/owner of NoteWorthy Music, Bambi Grinder has spent many years as a shaper of words—writing novels and short fiction (which she prefers in first-person present tense). Bambi is delighted to make this foray into the digital landscape with NoteWorthy Music as publisher, editor, writer, and web designer and developer.

For more Forest, be sure to read our 20:20 with Forest Sun

This is our art. Please consider leaving a tip. If not, that's okay too! Enjoy and share.

If you like what we're doing, check out our sponsors. We thank them for their support.

The Acoustic Shoppe in Springfield, Missouri, serves musicians and students around the world, through online and in-person sales and instruction. Their teaching studio, The Academy, is a state-of-the-art music learning program that allows students to learn at their own pace with top teachers. The shop carries high-quality instruments at every price-point, all expertly set-up and ready for you to play. Use the code "NoteWorthy" for a 5% discount.

NoteWorthy Music is a music journal and salon platform supporting the music industry and giving voice to a growing chorus of diverse artists. We are transgenre, embracing art without labels. We celebrate art and artists by honoring the genuine creation and spirit of all who create and by receiving all art with respect and kindness—and without prejudice.

Layout and Design by Bambi Grinder